Buckmoorend Farm is a small, family run farm surrounded by natural woodland and nestled in the beautiful Chiltern Hills. It is part of the Chequers Estate, and is steeped in history.

Chequers, the official country residence of the serving Prime Minister, is a 16th century Elizabethan country house. It was restored and added to by William Hawtrey in 1565, however the name is even older and possibly derives from a 12th century owner. David Lloyd George had the privilege of being the first PM to make use of the house in the quiet Buckinghamshire countryside, after it was bequeathed to the nation for the purpose it serves today.

Arthur Lee began his career in the military, and travelled the world during various posts, including an appointment as a military attaché with the US army. He returned to England in 1900 and was unanimously adopted as the prospective parliamentary candidate for Fareham, Hampshire. He doubled the previous conservative majority and joined the benches at the same time as none other than Winston Churchill. In 1909 Arthur Lee signed a life tenancy on the property, and immediately began much needed restoration work. The property was still owned by the Astley family, however in 1912, the untimely death of Delaval Astley presented the Lees with the opportunity to buy the estate, which until that point had changed hands only by will or marriage for over 800 years.

When war broke in 1914, Chequers became a military hospital. Lee rejoined the army as a colonel, and after a short while was appointed personal military secretary to Lloyd George. Lee impressed in the position, and shortly afterwards was appointed Director General of Food production. Chequers was made an example and on behalf of the board of Agriculture became a tractor training school.

The ‘Chequers Scheme’ was drawn up in 1917, and the bill was passed in the same year. All profits from rents, woodlands and farms were to be credited to the Chequers Trust Fund. Some of the land, namely Coombe Hill, was donated to the National Trust. Arthur Lee lived long enough to see six Prime Ministers benefit from the use of Chequers, and there is no reason why it should not continue to provide, as he intended, ‘A place of rest and recreation for her Prime Ministers for ever.’ 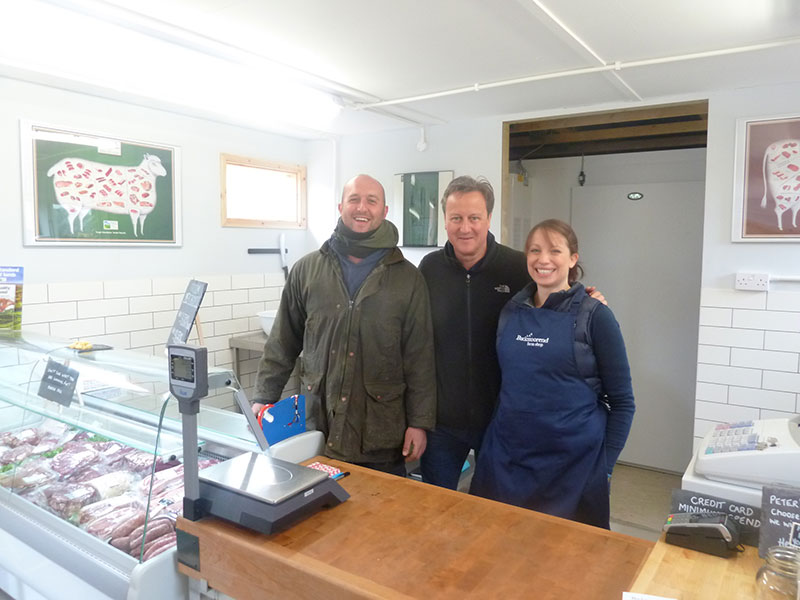 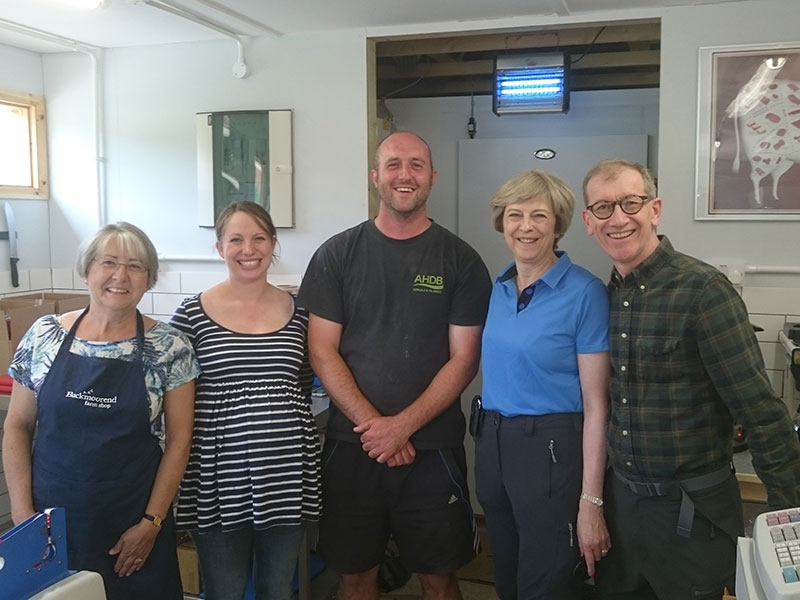 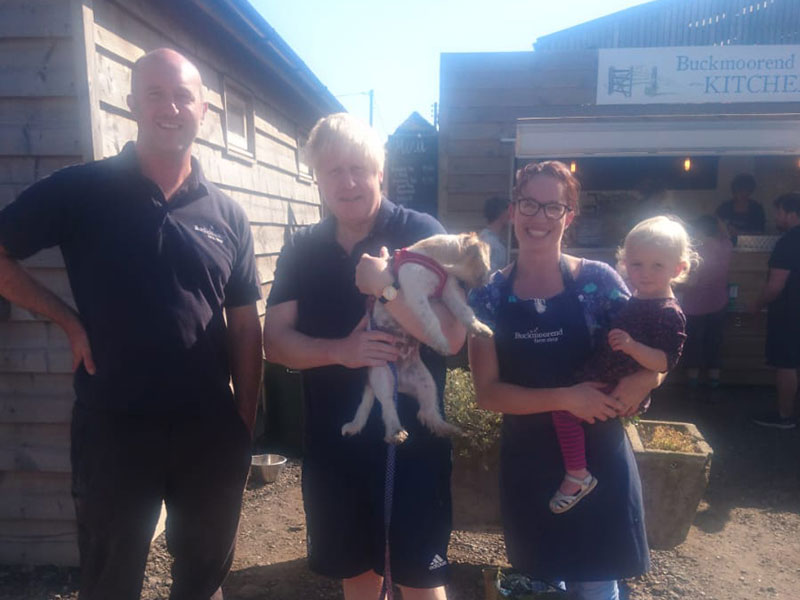 Clifford Hares secured the tenancy at Buckmoorend Farm in 1974. Things were very different back then, both on the farm and in the industry. Post World War II saw a colossal baby boom, which sharply increased population levels, and by the 1970’s farmers were encouraged to produce all they could from every spare inch of available land in order to satisfy the nations food demands. Shortly afterwards Clifford passed the tenancy on to his eldest son, Richard Hares, who still holds the tenancy today. Richard and his wife Julie have seen a massive shift in the industry during their time at Buckmoorend Farm.

It was during the 1990’s that there was an overproduction of food in the country. The grain and butter mountains led to extremely volatile prices and many farmers went out of business. This was swiftly followed by industry disasters such as BSE (Bovine spongiform encephalopathy, or ‘mad cow disease’) and Foot and Mouth disease. Thorough management and a precise bio-security program meant Buckmoorend Farm escaped without falling victim to these disasters, however the industry as a whole was severely affected.

Most recently the changes have been positive though, with traditional farming methods and practices being encouraged in order to preserve the environment. This is something Richard, a keen ornithologist, is only too happy to follow.

Daniel Hares, Richard and Julie’s son, and his wife Steph, are also heavily involved in the family business. Daniel was awarded a distinction FdSc in Agriculture at Moulton College and manages the farm, whilst Steph is a professional foodie and runs the farm shop and kitchen. 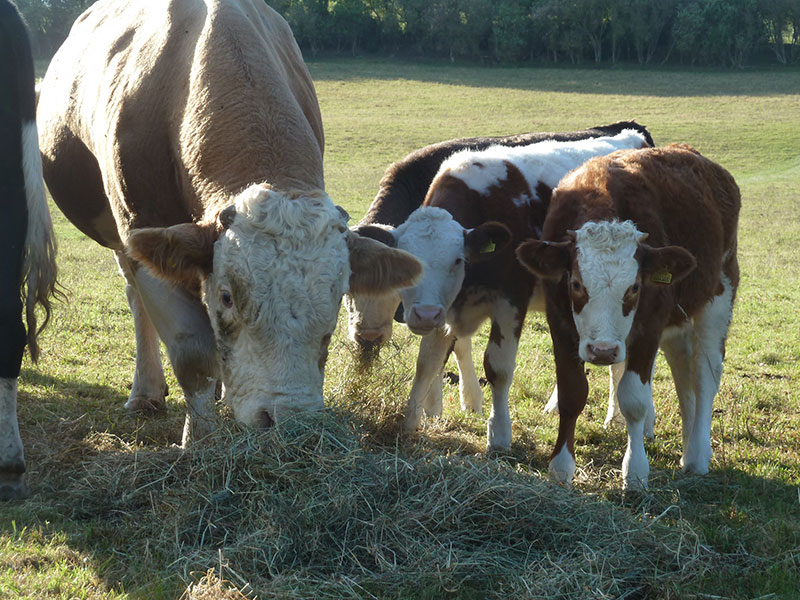 We are passionate about farming, and firmly believe that the future of farming depends heavily on our actions now. Agriculture is extremely dependent on things that most other industries are not – nature and the environment. In order to continue to produce good nutritious food, it is imperative that we do not ignore these fundamental components.

Our farming methods are practiced with this at the forefront of everything we do. We are proud to have land on our farm that is designated as a Site of Special Scientific Interest (SSSI) and it is managed accordingly. Our animals are reared on barley that we grow ourselves, it’s not just us that likes to eat locally grown food! We limit the use of chemicals wherever possible so consumers can enjoy nutritious food with confidence that it has been produced in an environmentally and socially responsible way.

Nearly every corner of our farm can be viewed from the extensive network of local footpaths, including ‘Britain’s oldest road’ The Ridgeway. This national trail dissects the farm, and to walk it means viewing large areas of our grazing land. Our animals are there for you to see, because we believe that the most important reason to buy local food is traceability. If you want to know where it comes from, you’re welcome to have a look! For more information on The Ridgeway National Trail please visit http://www.nationaltrail.co.uk/ridgeway/

All views and opinions expressed on this website are solely those of D Hares and should not be assumed to represent the views of the Chequers Trust. We are proudly supported by the Chilterns LEADER fund part of the European Agricultural fund for Rural Development – Europe investing in Rural areas.

This website uses cookies to improve your experience while you navigate through the website. Out of these, the cookies that are categorized as necessary are stored on your browser as they are essential for the working of basic functionalities of the website. We also use third-party cookies that help us analyze and understand how you use this website. These cookies will be stored in your browser only with your consent. You also have the option to opt-out of these cookies. But opting out of some of these cookies may affect your browsing experience.
Necessary Always Enabled
Necessary cookies are absolutely essential for the website to function properly. This category only includes cookies that ensures basic functionalities and security features of the website. These cookies do not store any personal information.
Non-necessary
Any cookies that may not be particularly necessary for the website to function and is used specifically to collect user personal data via analytics, ads, other embedded contents are termed as non-necessary cookies. It is mandatory to procure user consent prior to running these cookies on your website.
SAVE & ACCEPT
Hit enter to search or ESC to close